Are you an Amazon customer? Pay now with address and payment details stored in your Amazon account.

Normally we ship with International Courier within 24h after we receive the payment.

The transport in EU is based on express mail service, and it arrives normally in 2-10 working days depending on the service.

For any other doubt please check here the FAQ: Frequently asked questions.

By buying this product you can collect up to 26,00 € with our GIS Point program. Your cart will total 26,00 € that can be converted into a voucher.

The current availability of this product needs to be checked..
The order could be deleted after the availability check.
We will inform you anyway.
For this reason it is not possible to pay this order with paypal.

THE LAST GLORY IN KASSERINE

In order to relieve the tension in Tunisia,which allied landings had created, the supreme command of the Axis forces in Nort Africa accepted Rommel's suggestion to launch a general attack against the town of Kasserine. It had a double aim: to show the Americans the vitality of Afrika Korps veterans, before the arrival of Montgomery's 8th Army, and to split in two the victorious allied forces coming from Marocco and Algeria. The target was the Algerian Coast, reachable through the ways to Le Kef or Teblessa. Everything was at stake: one more failure for the Axis and North Africa would be lost for ever. It was february 14, 1943

THE GAME
Rommel is a wargame on his last battle in Afrika, around Kasserine, short before his come back in Germany.
This game is about a fight mainly between the US and German army, but there are also some French, Italian and English units.

The illustration, signed by Enea Riboldi is for me the most beautiful of all. There are many details: The Panzer IV of course, but also Rommel himself with his uniform and famous goggles. These goggles were in fact a spoils of war of English origin. 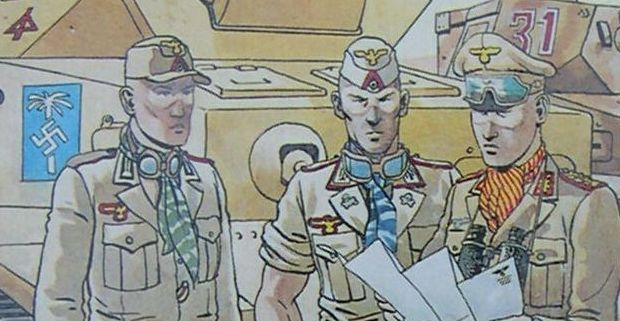 Rommel was respected by the Allies, due to his military genius and his sense of honour, including enemy respect. He was not involved in war crime and his memory were published under title "Krieg ohne Hass" (war without hate, published in English as "The Rommel papers"). There are many information sources on Rommel. See for instance his biography on achtungpanzer site, including a picture with his Africa Corps uniform in the end. A beautiful picture with the officer's cap, the goggles and the scarf is also available on the site hsgm.free.fr (histoire de la seconde guerre mondiale).
On the illustration are 2 Panzers IV with the blue palm tree logo "Afrika Korps". the crossed out triangle on the turret is the logo of the 15th Panzerdivision. These are Panzer IV Ausführung F1 and F2 (or G). See for instance the page Panzer IV on the Panzertruppen site or on the hsgm.free.fr site or ont the panzer IV page from the site Tanks on the prowl.

THE BOX
The box contains the rulebook, the example book, the map elements, 1 dice, the counters, a combat result sheet and a calendar sheet. 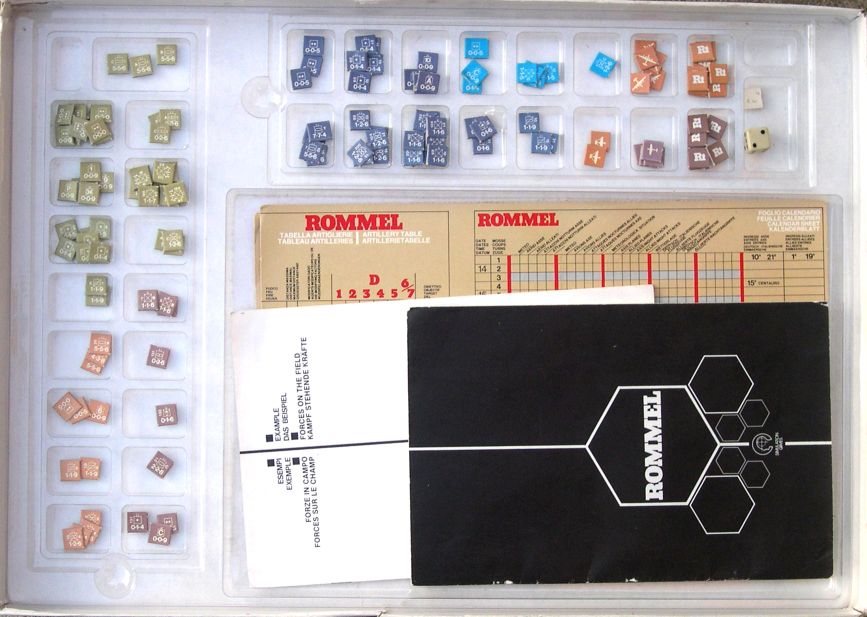 THE MAP
The map is in 3D and represents the central Tunisia, around Kasserine. The area is hilly. 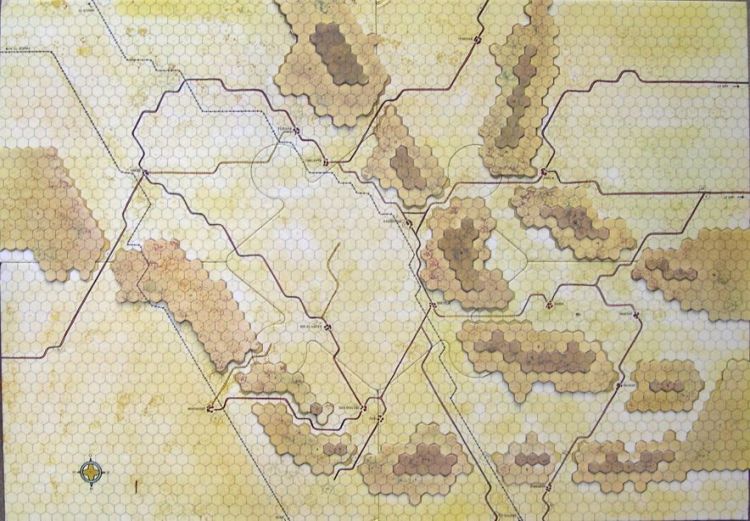 THE COUNTERS:
The counters represent the units, generally battalions, which took part in Rommel's German offensive with their Italian allies of the Centauro division, and their enemies, the American, the English and the French. Each piece bears its specific attack value, defence value and movement value.
Special thanks to Pedro for the counter scans.

THE RULES
The rulebook includes 34 pages in 4 languages (Italian, English, German, French).
The final victory is calculated in proportion to the fulfilment of the German plans: a total german victory is achieved by removing from the map at least 20 combat points passing over the North-East roads. A partial German victory is achieved if the allies remains east from the North/south railroad that pass through Kasserine.
Every turn starts with a meteorological check followed by 4 phases for each player:
- Possible request for air support
- Movement
- Artillery fire
- combats

The calendar is used to track and manage the battle steps. Every three turn is a night turn (in grey). The night turns limit the attack possibilities. 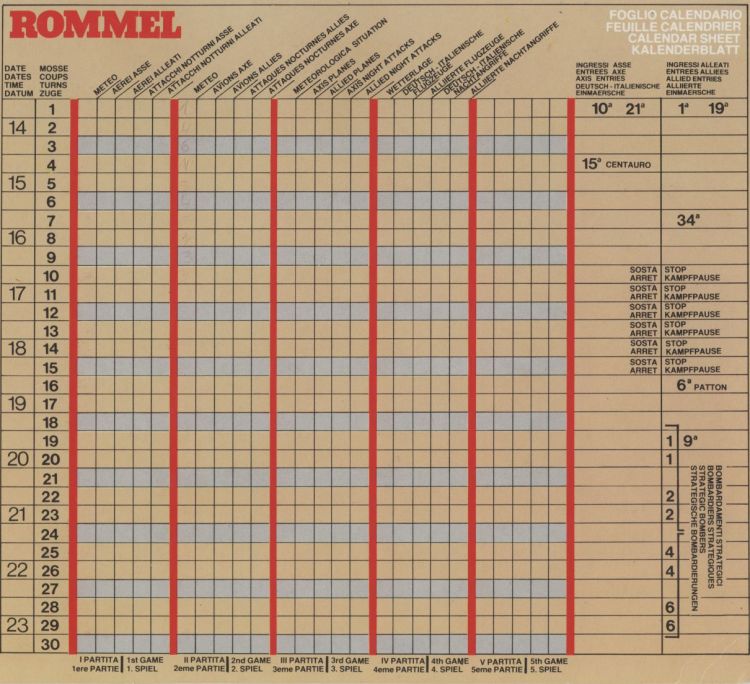 The game also take into account the meteorogical conditions, Von Arnim stop during 6 turns (with great limitations on his army), the logistic supply, the air support, the artillery and the strategic bombers, the use of explorer units, and a special unit of Panzer VI "Tiger". In reality, Von Arnim did not use this Tiger division because he preferred to keep a strategic reserve.
Strategically, the Axe has to play very fast:
- get all the possible enemy provisions in the beginning of the game
- launch separate attacks in order to disperse the allied forces.

30 other products in the same category:

War in the Pacific Extension Kit

Highway to the Reich - REPRINT

Down In Flames: Aces High

Down In Flames: Locked-on

World in Flames: Patton in Flames

The Battle for Normandy